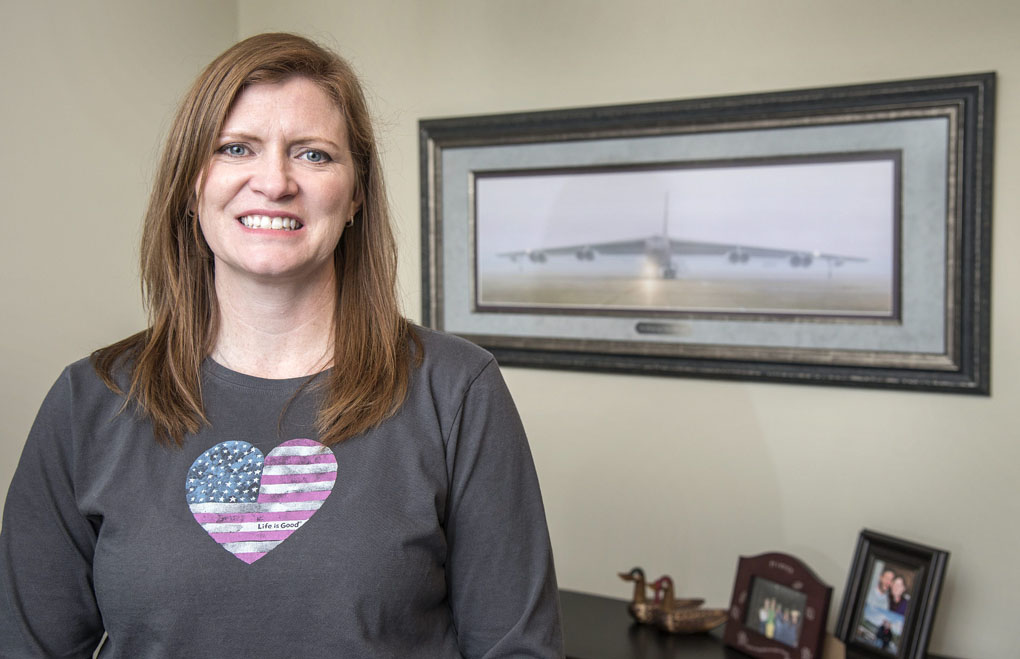 She was part of a “chick flight” on a B-52, all five crew members women in an Air Force in which males still dominate. It was the first such flight ever.

The Fairmount native (and basketball star), 43, has also taught AFROTC classes at the University of Illinois. As her retirement begins after 24 years of service, she’s looking for new challenges.

“What brought me to the military was that I was inspired that my grandfather served,” she said. Plus, “I came from a really big family, so I thought it would be good to get the money for college.”

It was a challenge.

“If you are thinking of serving your country but feel that you might not be mentally strong enough, too shy, not fit enough, up to the challenge … do not let those fears deter you,” she said.

“I was the shy girl who lived in the country and rode the bus to school. My passion was athletics, but I worked hard at academics as well. I went on to be a combat bomber pilot and a leader for future officers.”

She was off to the Air Force Academy in Colorado Springs, Colo.

“Unfortunately, I got cut from the basketball squad there,” she said. She ended up playing lacrosse, which was all new to her.

As a second lieutenant after the academy, she made pilot training.

For formal pilot training, she went to “the armpit of Texas,” Del Rio. The students were tracked into four groups.

“I knew right away I didn’t want to fly anything fast and furious,” Wenzel said.

After earning her wings, she volunteered for Minot Air Force Base, where she had training on the B-52 for six months.

The B-52 has a typical crew of five. “Because I play basketball, to me that was home,” Wenzel said.

It can handle a maximum crew of 10.

“It was built in the Cold War to get to our enemy. The concept of the B-52 is to get the bombs as far as you can. Lots of bombs, lots of gas, and the crew compartment was probably an afterthought,” Wenzel said.

“It never occurred to them that women would fly, or very basic things like how to go to the restroom. Most of the time, I was the only woman,” she added.

There’s one place to stand up in the entire aircraft, the ladder between the two levels.

The missions were usually high altitude.

“The cool thing about the B-52 is you could pretty much do any mission. If needed, we can drop harpoons or mines for the Navy, or pretty much any kind of weapon,” Wenzel said.

From January to April 2003, she served as a co-pilot with an experienced crew in Operation Enduring Freedom.

“I was six hours from base in Diego Garcia (in the central Indian Ocean) to Afghanistan, four hours overhead and six hours back,” Wenzel recalled.

High in the sky, U.S. air forces were relatively safe, she said: “In Afghanistan, if they were standing on the highest mountain with a rocket-propelled grenade, they might hit somebody, but they didn’t.

“I got into the war four months in, and the air threat was all but eliminated.”

“One of the cool things I got to do was drop the leaflet bombs, part of the Army’s psychological warfare program. We dropped a canister of tiny little pamphlets that said, ‘We’re here to help you, we’re here to support you,'” she said.

She said the B-52 often launched as a deterrent.

They saved an Afghani police officer by “swooping down a lot of times. That was our deterrent to help troops on the ground.”

She moved back to central Illinois to teach at the UI AFROTC.

“They pinned me as a lieutenant colonel in 2013 in Memorial Stadium,” she said.

“I’ve traveled the world, made lifelong friends, worked on many important projects, celebrated victories and survived defeat, and learned so many things along the way,” she said. “The decision to serve must not be taken lightly, but if you decide that this life is for you, then there is always a place for you.” 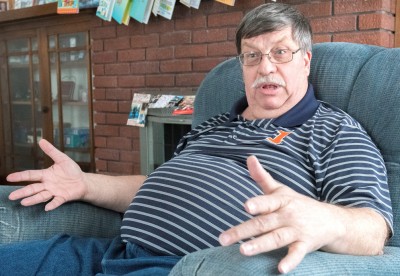 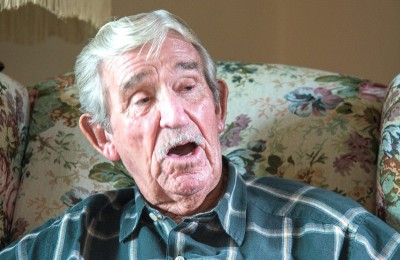 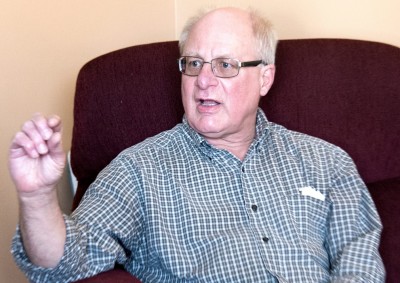 Steve Douglas RANTOUL — You know you’re in a typhoon when you have to jam your knees into the sand just to stay upright. That’s what V … By Paul Wood