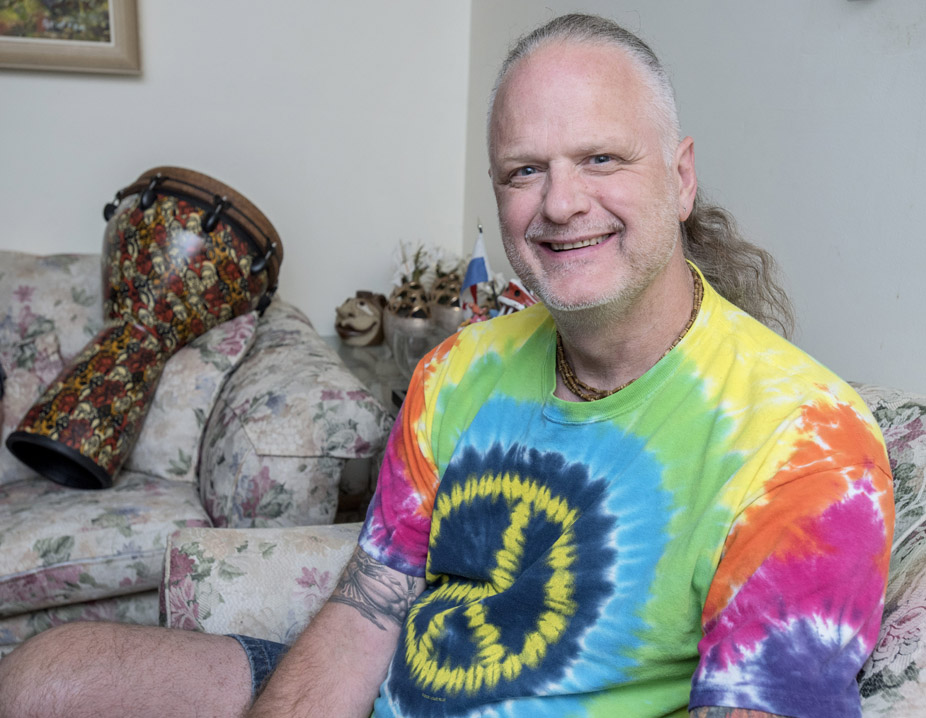 He served in the Navy, but with a hitch.

“I spent 20 years in the Navy and was never on a ship,” said Thorson, who worked with cryptological equipment that took him all over the world.

Thorson, 56, grew up in South Dakota, which is not on an ocean, and signed up with the Navy while still in high school.

“I could think of nothing else to do after high school,” Thorson said. “I guess I should have gone to college, but right then I didn’t want to.”

But as his senior year wore on, he meditated on his choices.

“I gradually started to get cold feet. I started having second thoughts about being on a ship,” he said.

Luckily, a relative who was a World War II veteran had some pull and helped him find a speciality he could perform on dry land.

He specialized in training in electronics and cryptological equipment at Naval Air Station Pensacola in Florida.

“Before I was in, I didn’t know a whole lot about electronics,” said Thorson, who ended up making a career here in information technology.

He earned a top-secret clearance to work with the equipment, though his job totally changed over the years.

“After the first few years, it became about (circuit) board swapping,” Thorson said.

His first assignment was Adak Station in the Aleutians of Alaska. Because of the isolation, it was a one-year posting; the rest were for three years each.

Even Thorson, who keeps his thermostat at 60 degrees, was challenged by the subpolar weather system with overcast skies.

Adak is only 40 miles from the Russian Aleutians.

From the refrigerator to the stove, Thorson spent the next three years in Panama, where he met future wife Dallys. To get them base housing, he re-upped.

After more time at Pensacola, a training base, he again had to make a temperature adjustment, to northern Scotland.

He still won’t say what nation the unit was monitoring.

“We have a saying: In God We Trust, All Others We Monitor,” Thorson said.

He found Scotland beautiful when it wasn’t raining, but he wishes he’d been able to see more of the castles in the area. Only a visit from his parents allowed him the treat of tourism.

Then, it was back to Pensacola, where he had a teaching role he’d tried to avoid.

“I don’t like to get up in front of people,” he explained.

By this time, he was starting to work with smaller computers, including a PC using a cassette tape recorder as a storage device.

Puerto Rico was his last assignment, an assignment he enjoyed (though he also treasured his air-conditioned housing).

It was time to re-enter civilian life. The family used a map as a dartboard, he joked, choosing Champaign because it was not too big or too small. He landed a job at Amdocs. 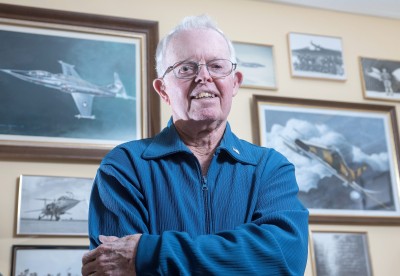 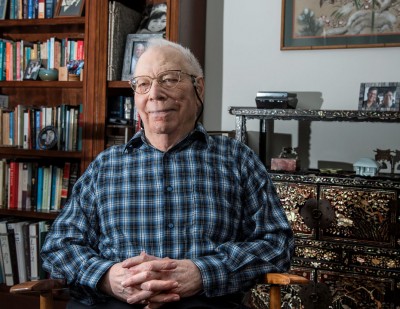 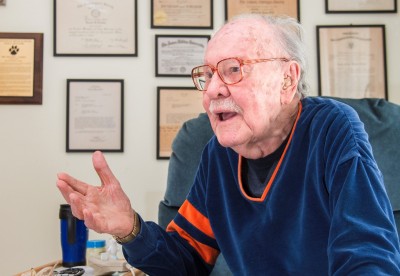