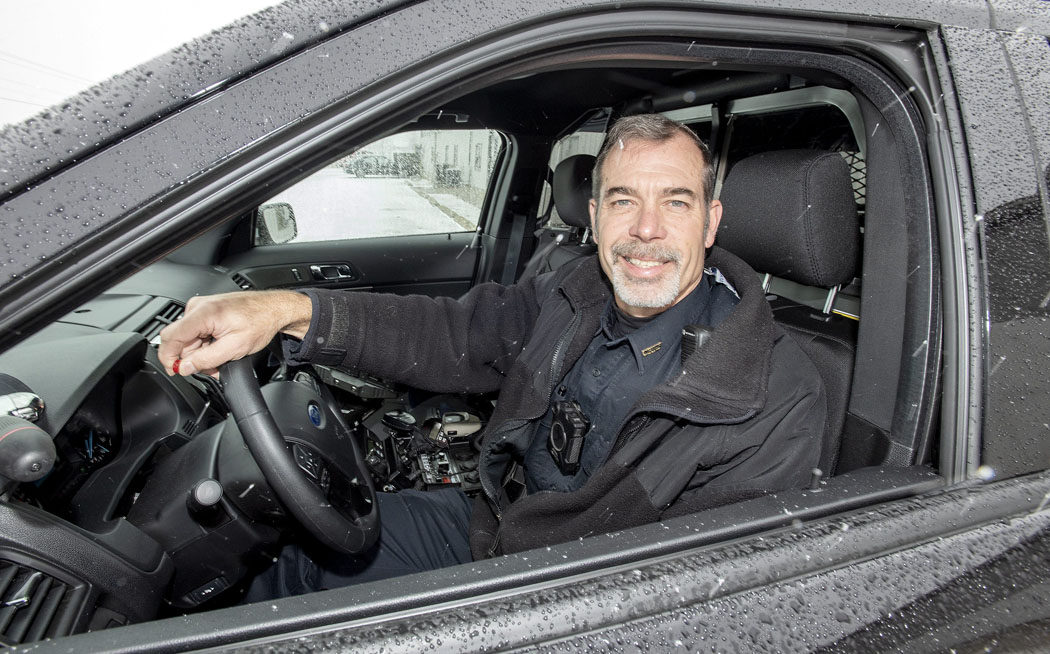 FISHER — As a lieutenant colonel in the National Guard and Army Reserves, Steve Bein was a battalion commander and served overseas in Iraq twice, once in charge of convoys that traveled the dangerous roads.

Bein, 55, is also Fisher’s police chief, and he says the military and law enforcement have a lot in common protecting people.

With 31 years in the service, including travel to England, he has seen more than most graduates from Urbana High School, and he now enjoys seeing humanity from U.S. Route 136.

After living in the Chicago area, Bein graduated from Urbana, enlisting in the National Guard at 17 at the Urbana Armory. In 1980, between junior and senior years, he completed the guard’s boot camp.

There is a long military and patriotic tradition in his family. He has brothers and a sister who continued that tradition.

But enlistment also offered a way to further his education.

“I saw the Illinois National Guard scholarship as a way to guarantee to be able to attend college,” the chief said, “seamlessly without a break.”

Bein started at Parkland College, which had a joint ROTC program. Joining the University of Illinois ROTC put him on the officer track.

After Parkland, he transferred to Western Illinois, which is well-known for its law enforcement programs.

He served most of his stint as an infantry officer, including active service with the 1st Cavalry, one of the Army’s most decorated combat divisions.

In Operation Iraqi Freedom, which began in 2003, he was part of a team that supported a multinational force, serving as liaison with a Polish-led division.

After transferring to the Army Reserve, with a tour as battalion commander, he began his second tour in Iraq as a military adviser to local forces.

“Iraq was really an eye-opening experience,” he said. “My two tours were completely different.”

During the first tour, “one of my duties with the Polish was what they called movement and transportation, responsible for overseeing convoy operations, which you can’t oversee without going on them,” the chief said.

“I made 134 road movements during my tour that year.”

The convoys were where soldiers were most likely to be endangered.

“Any time you’re out on the road, there are incidents that occur,” Bein said.

“I was only on one convoy that was actually engaged by an IED. We weren’t struck, but there was a response, and we came to their aid.”

The rules of engagement at the time were different for different nations’ militaries.

“On many of the convoys, other countries — Polish, Ukrainian — many times they would freely fire warning shots,” he said.

“They kind of used it like a horn almost,” he added. “It would catch the attention of the Iraqi people, and sort of say, ‘Hey, we’re concerned about your behavior.'”

In the second tour as an adviser to an Iraqi training center, he was the direct liaison from the U.S. military to the commanding Iraqi general at the center in Kirkuk.

Over the 31 years, how did he move up to lieutenant colonel?

“Slowly,” he said. “With both military and civilian training. One thing that hinders people in the military is not having your training up to date.”

Bein is a thesis away from a master’s degree.

“When I got hired here as chief of police, I figured I needed to be on the street and not in the classroom,” he said.

“A community values having the officer available within the community,” he said of Fisher, which currently has three officers, while some other area towns rely on county deputies.

“If something happens here or in Dewey or Foosland, I’ll usually be the first responding officer,” he said. 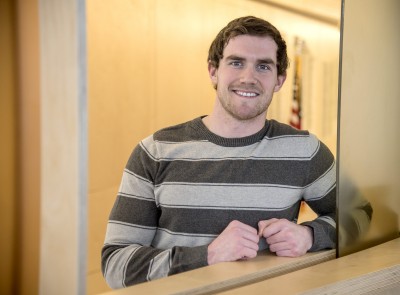 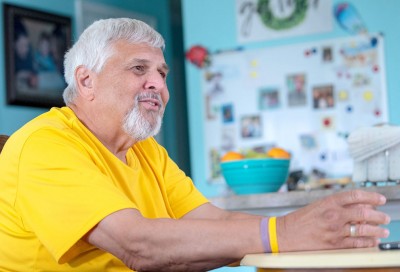 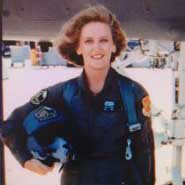