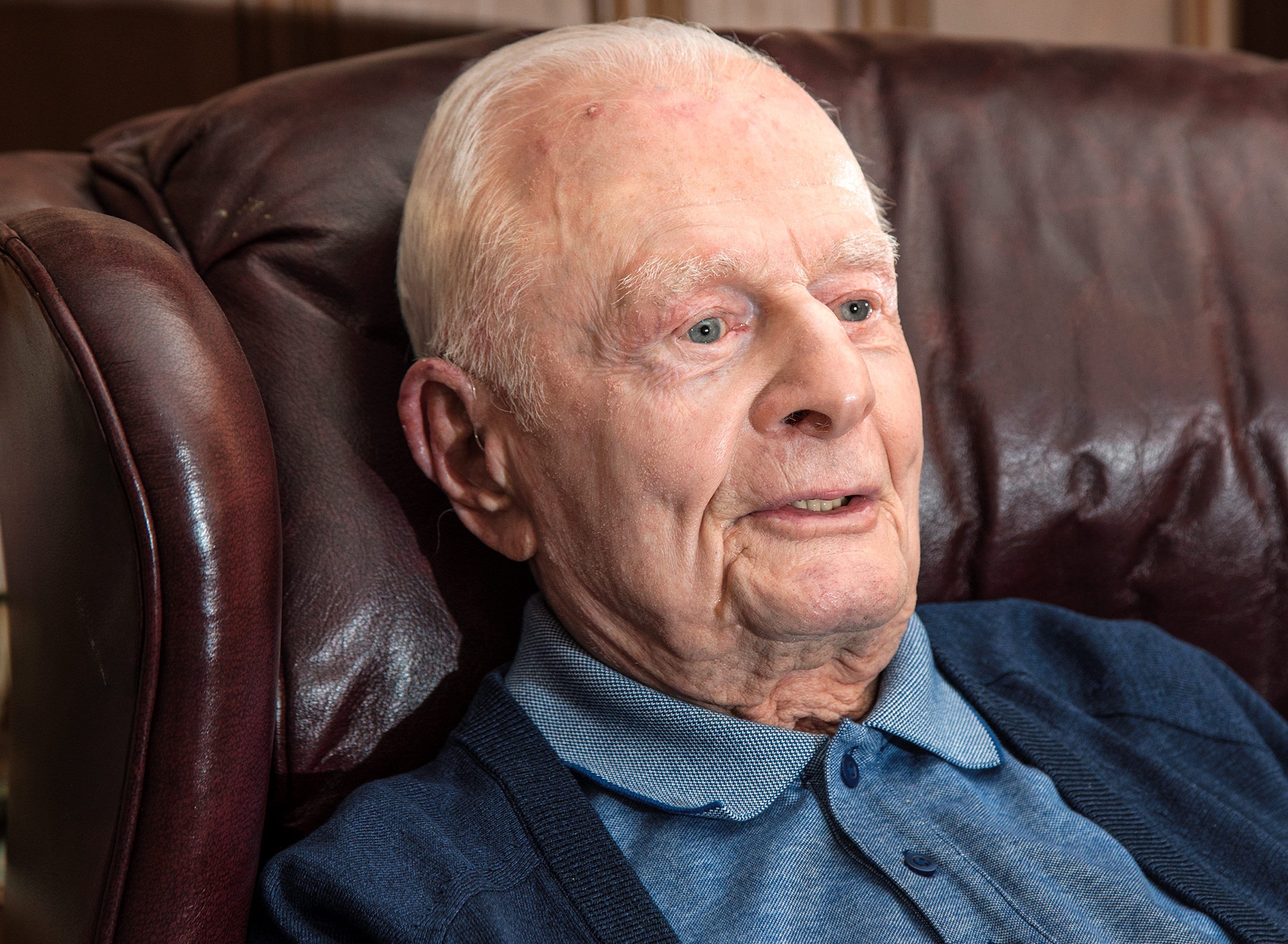 DANVILLE — Today is Richard Schlecht’s 100th birthday. You wouldn’t guess it from the way he gets out of his chair to greet a visitor, and you wouldn’t guess that he came inches from getting blown up in the South Pacific.

Schlecht served in the Navy from 1940 to 1945 and reached the rank of lieutenant commander.

He was about to be promoted to commander when his ship passed through the Panama Canal on his return to the United States after the war, but he was more interested in returning to civilian life.

“I did my job,” he says. “Everybody did their utmost in World War II, including the people back home. It was an outstanding effort by the women, too.”

The Rossville native was born into a family in the canning industry, when teams of mules still brought sweet corn in from the fields, he recalls.

To further his career, he studied business at Northwestern University, one of six schools at the time that had a Navy ROTC program.

Because of his NROTC experience, he was already in the “half-secret” war before the United States formally entered in December 1941.

On Dec. 19, 1940, Schlecht reported to Boston Navy Yard. He served on the destroyer USS O’Brien DD415 before Pearl Harbor.

“Roosevelt and Churchill had made a deal for us to help out with the British war effort,” he recalls. “People knew about some parts of it, like the lend-lease program for defense supplies, but they didn’t know everything we were doing.”

The public knew about the convoy escort guard, where ships like the O’Brien traveled to Reykjavik and Greenland guarding merchant ships.

“There was fog and terrible seas,” he recalls. “It was rough going. We were undermanned for this kind of duty. You were four hours on-duty and four hours off.”

Radar was still not perfected, he says, so positional buoys kept convoys together and not smashing into each other.

What the average American didn’t know about were the spy missions that destroyers like the O’Brien did, observing German ships and U-Boats — but never firing a shot.

According to a ship history, the O’Brien steamed with a convoy for the Western Pacific in February 1942, with a brief respite for repairs after a collision.

By April, it was escorting ships to American Samoa.

It was part of a group of ships protecting the Solomon Islands as well, he recalls.

By September 1942, the O’Brien was escorting troop transports to Guadalcanal. A Japanese submarine sank the USS Wasp and did heavy damage to the O’Brien.

The torpedo came close to a kill strike.

“If it had hit the (ammunition) magazine, the whole ship would have blown up,” Schlecht recalls. “It was close.”

But the torpedo had heavily damaged the structure of the destroyer, he says, and the O’Brien was ordered back to the West Coast for repairs.

The O’Brien made it to New Hebrides in October, but as the days went on, it took on more and more water.

The young officer’s new assignment was to the USS Nields (DD-616).

It was somewhat frustrating for an experienced man to be serving with officers who had never been to sea, so he considered changing to naval aviation.

“But you had to have perfect stereoscopic vision, and I didn’t,” he remembers.

The USS Nields provided cover for the amphibious assault on southern France in 1944, Schlecht recalls.

“About that time, we knew we were going to win the war in Europe,” he says.

So once again, he was on a ship bound for the Pacific Theater.

The Nields continued its Pacific service even after Japan surrendered, Schlecht recalls, with mopping-up and support operation on islands such as Okinawa.

“Many of the Japanese soldiers took their time to surrender,” he says.

After a few more months in, Schlecht returned to the family business in Rossville, where his dad said he was needed.

He said he felt ready to marry and “play with children,” so he got engaged to Mary, who has passed away, and they had four successful children. 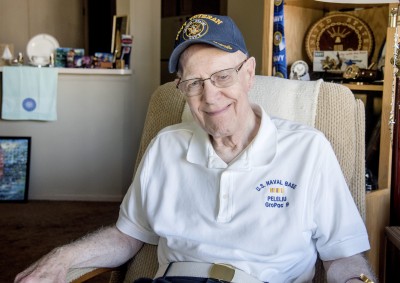 David Anderson CHAMPAIGN — David Anderson said Navy officers told him that his ship could outrun Japanese subs. But he later came to fi … By Paul Wood 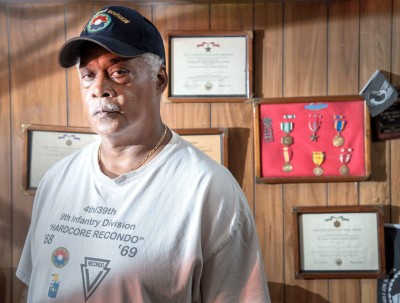 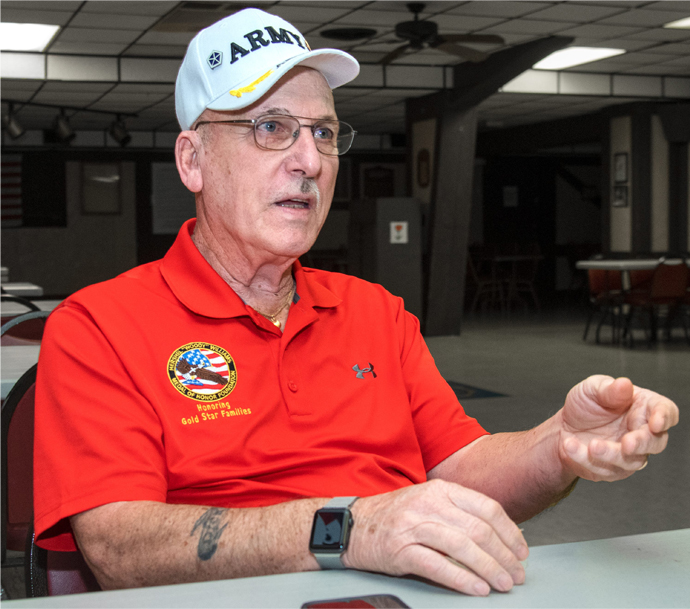