CHAMPAIGN — Rick Bednar was an Armed Forces DJ in Vietnam, and says it was nothing like the Robin Williams movie “Good Morning, Vietnam.” But he did work with Pat Sajak.

“I enjoyed the movie but feel it was primarily a stage for Williams’ considerable ad-lib comedy skills,” Bednar said.

The Galesburg native, 71, went to the University of Illinois, and studied broadcast journalism. In his senior year, he worked as a weatherman, game-show host and booth announcer at WCIA.

Bednar graduated in 1967, and the next year was in Vietnam — at the peak of the war, during the Tet Offensive.

“At first you think you’ve been dropped off at the end of the earth. Then the blast of hot air hits you as you exit the plane,” he said. “This is 1968 — and this is war in Vietnam.”

He got an explosive welcome.

“The first shock I remember was the rockets coming in at 3 a.m. to our holding station at Long Binh,” he said. “We were told to roll out of our bunks and pull our bedding on top of us for protection.”

After a few days at that base, he was assigned to the Armed Forces Vietnam Network headquarters in Saigon, a rare grunt who actually used his peacetime skills in Vietnam.

The network was in a complex of radio and TV stations in the heart of Saigon, where the U.S. had built and equipped an identical broadcast center for the Vietnamese right next door.

He started work at the station a couple days after the Tet offensive, a surprise attack launched Jan. 30, 1968, by the Viet Cong and North Vietnamese regulars during the Asian new year.

“Every soldier was on high alert,” he said. “The Viet Cong had set off a car bomb in front of the building, blowing out the station’s windows. Luckily, the bomb went off in the middle of the night and no one was injured.”

He remembered walking into the lobby and seeing large pieces of glass embedded in the wall from the shattered windows.

AFVN’s Saigon stations fed programming to various stations all over South Vietnam. Each of these had its own staff and programming but was required to take certain programs from the network headquarters in Saigon.

He walked to work rather than take an Army bus, which he considered a death trap.

The Viet Cong tossed explosives through the windows, kept open in the heat. When protective screens were put on, the enemy adapted by adding hooks to the bombs, he said.

Bednar had an afternoon air shift on the FM station, and an evening two-hour country music program on the network feed to all the stations in Vietnam.

His evening show, “Town and Country,” started out with 15 minutes of listener requests, but eventually devoted a full hour to requests.

“I also received many requests from Vietnamese listeners who liked American country music,” he said.

A college friend, Mark Krueger, was serving in an artillery unit in the field when one evening he turned on his portable radio and heard his classmate.

But the most famous AFVN on-air personality was a “Good Morning, Vietnam!” host, Sajak, who would go on to host “Wheel of Fortune.”

Sajak told Bednar about a goof-up when he inadvertently interrupted a speech by President Richard Nixon with 1910 Fruitgum Company’s hit “1, 2, 3, Red Light.”

But Bednar is serious about the war itself.

“We were proud to bring a ‘voice from home’ to those in the field whom we all admired very much. They were the heroes of the war, in our eyes,” he said. 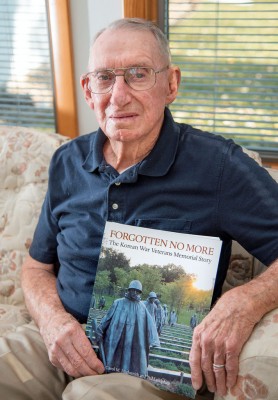 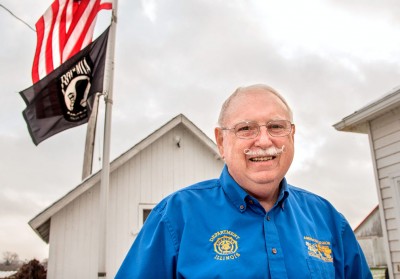 Wayne Wagner BUCKLEY — Sent to Easter Island during the Vietnam War, Wayne Wagner worked at an Air Force base with generator power an … By Paul Wood