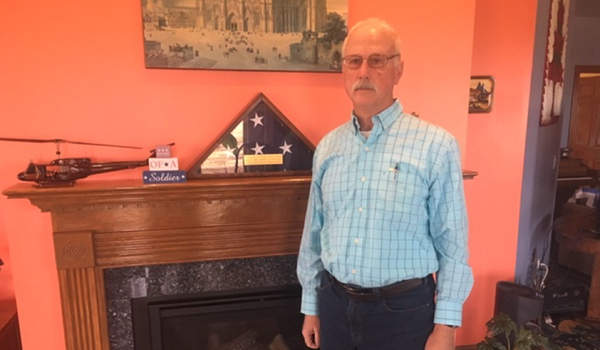 RURAL PESOTUM — Lt. Col. Stephen Reinhart started out No. 1 in the draft lottery but found out he liked the Army so much that he stayed in for 23 years.

He served as a plain-clothes counter-intelligence officer, and later a high-ranking educator.

Along the way, he also learned to fly planes and copters and did humanitarian medevacs in Arizona and Mexico.

Reinhart lives on the same farm east of Pesotum where he grew up. He bought it from his dad in the 1980s.

You can see a llama and an alpaca out his living room window.

A three-sport athlete at Villa Grove High School, Reinhart had his radio moment in 1971, when radio comedian Larry Lujack read out that Dec. 4 was the No. 1 number in the draft.

Reinhart was out cultivating beans when he heard the news.

“I was hiding out in the country, and they caught me anyway,” he joked.

Reinhart went to the University of Illinois, then Western Illinois University in ROTC.

With his law enforcement training, he went right into counter-intelligence from there.

At Fort Huachuca in Arizona as a new second lieutenant, he was trained in methods out of a spy novel and given a top special intelligence security clearance.

“I can’t tell you anything about that,” he said.

He can say: He learned to follow people surreptitiously, how to blend in and “how not to get caught.” He wore jeans to work.

Not everyone caught on so fast.

“My first partner showed up wearing a red suit,” he said. “He made me look good.”

He got a new partner that same day.

From 1977 to 1980, he was sent to Munich, Germany, where he took a 24-hour-a-day intensive course in German, the language his grandparents spoke.

He was able to bring along his wife, Becky, whom he started dating in high school.

“She actually got to go undercover with me,” Reinhart said. She could speak German, so she was given temporary security clearance.

As a civilian, “they didn’t tell her anything she didn’t need to know, just how to act,” he said.

He also had risky trips to Yugoslavia.

Reinhart asked to go to Ranger school, but as a counter-intelligence officer, he was denied.

He did go to flight school in 1980 and trained on helicopter and multi-engine planes, to become an aviation counter-intelligence officer.

“My class was the first to have a woman in a plane,” he said.

As platoon leader at Hanchey Army Airfield in Alabama, he was in charge of 15 pilots and scheduled 219 helicopters on a daily basis.

In 1982, he became an instructor and security officer at Fort Rucker, and later commanded two aviation student companies.

Once, he flew a 2-year-old whose heart had stopped to a hospital in Tucson in bad weather. It was a moving experience for him because he had a 2-year-old of his own.

A doctor said the boy was dead, then “the kid reached out and grabbed my arm.”

That post could also bring counter-intelligence missions, including rescuing a politician in Mexico.

At other times, he piloted a helicopter that put out fires with water from bags dipped into a lake. Or he flew long missions taking high-ranking officers to New York or Washington.

In 1988, his career took a major turn when he became an ROTC professor at Western Illinois, also serving as executive officer and recruiter, with an interruption to Fort Knox to serve as operations and marketing director for 260 universities in 16 states.

Academia suited him well at the end of his military career. He became chair of the department, continuing some of his counter-intelligence work, then oversaw six departments as an assistant dean.

Upon retirement, he and Becky found themselves back in the house where he grew up.

He has 20 acres in Pheasants Forever and loves to see birds fly over those acres. 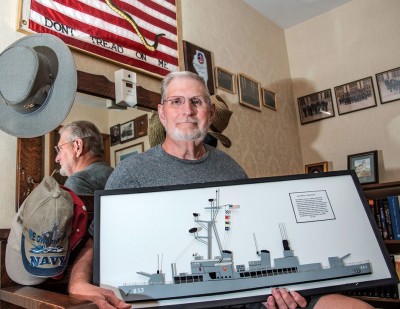 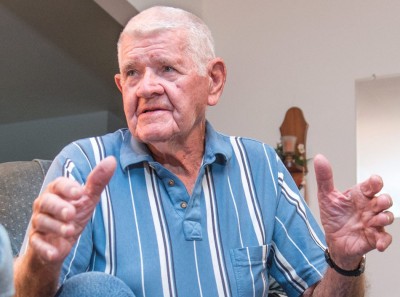 Harold Thomas PHILO — Harold Thomas saw a kamikaze plane up close as it rammed into the USS Idaho, and survived with only some hearing … By Paul Wood