Bill Avery, who enlisted in the Army Air Forces in World War II, completed flight training only to be rejected as a pilot because of a vision issue that was discovered late. So he joined the band instead. 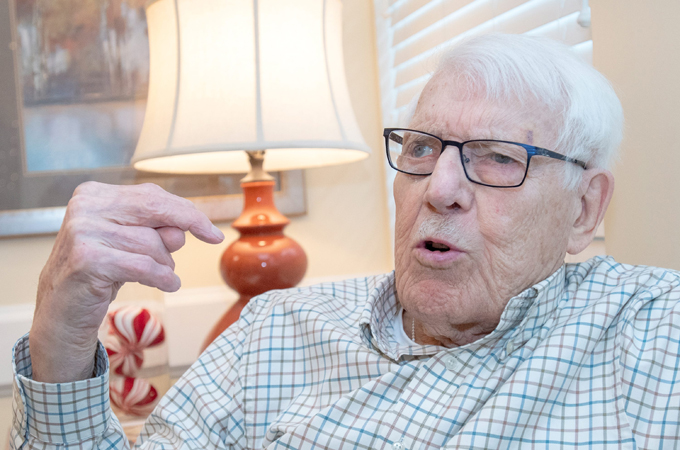 SAVOY — Bill Avery didn’t even know he had an eye problem until it stopped him from flying bombers in World War II. But it all worked out well, as he played in elite bands to entertain the troops.

“And dances, so they could meet English girls,” he added.

He’s now 95 (“and a half”) and remembers more about the bands he has directed than his war years.

But he speaks humbly of patriotism and service to the country — in his case, with a trombone.

Avery grew up in South Dakota and Wyoming, his father serving as a supervisor in the Forest Service.

He received a scholarship to the University of Wyoming.

He was shocked by the Japanese attack on Pearl Harbor and other Pacific targets, and enlisted so that he could fly as a pilot, navigator or bombardier.

Avery enlisted while still in college.

In San Antonio, he successfully completely 10 hours of flight training.

And then, another physical.

“This was a big flub-up on the part of the United State Air Force,” he said

Only after the flight training, in the physical, Avery found out there was a problem he never even noticed — poor vision in his right eye.

“My right eye was worthless, they told me. I never knew that. I thought I was the perfect citizen,” Avery said. “There was no way I could be a pilot, navigator or bombardier, they said.

“Nobody checked my right eye. I took eye tests before but nobody caught it.”

He said his eye condition has worsened over the years, and now he has difficulty making out the person in front of him.

After flying became a no-go, the Air Force learned he was a musician.

“They asked me if I could play an instrument,” he recalled.

He told them he played the trombone, so he was recruited for the band.

It was a fairly large group in the San Antonio Air Cadet Band, he said, about 75 musicians.

“I was surprised I made the cut,” he said. “There were some top musicians.”

About half of the members were professionals, Avery said.

He played the trombone alongside men who had been part of the Benny Goodman Orchestra and other well-known professional groups.

“It was the best band I ever played in,” he said.

The musicians all had different skills.

“I was good at reading music,” Avery said, while others had learned by playing by ear.

He remains humble about his skills.

“There was nothing wrong with my playing, but I don’t think I ever stood out.”

For a while, he was transferred to an Iowa base.

Eventually, the group was sent to Calcutta and then to northern India, north of the Himalayas, where members finished the war entertaining the crews who bombed the Japanese in China.

Most of the Indians could speak English, he said, so it was pleasant time.

He had other military duties.

“I was a good shot. I was used to shooting gophers on my grandfather’s farm,” Avery said. “But I never shot at anyone.”

He had a wait to return via Wake Island after the war ended, and became a music educator in Sheridan, Wyo., after college graduation. He led school bands there, enjoying a three-decade career.

He married his wife, Elaine, in 1950, and they had three sons, one of whom, Mark, lives in Champaign and carries on the family tradition, playing the bassoon. 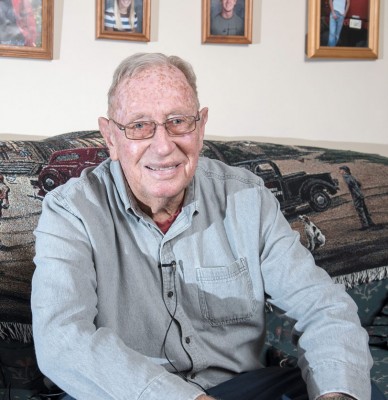 Ernest Sjuts FLATVILLE — Ernest Sjuts served in Austria when the Iron Curtain separated the Soviet bloc from Western Europe. It was i … By Paul Wood 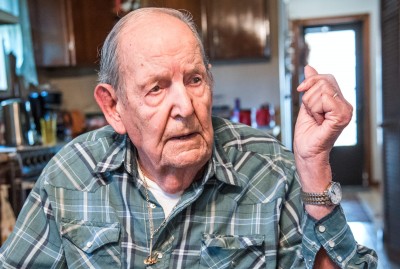 Hubert Woolen CHAMPAIGN — In North Africa, Italy and Japan, Hubert Woolen served on the same destroyer, which crossed through the Pana … By Paul Wood 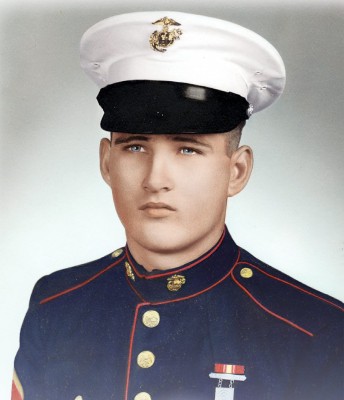