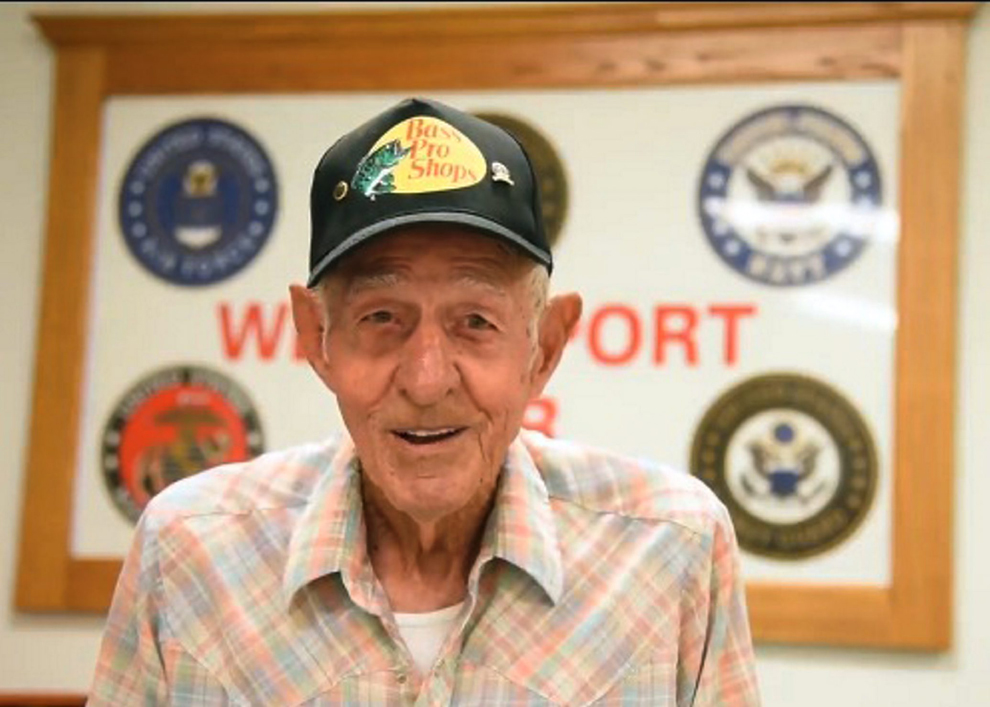 OGDEN — Dale Sullivan never found out why the Japanese lit up his battleship with flares one night in the South Pacific.

Once, a Mitsubishi G4M “Betty” bomber lit up topside, and the crew waited for an attack that never came.

“You could read a newspaper by the flares topside,” he says.

Sullivan, now 89, was a gunner on the USS Idaho — “the Big Spud” — as it faced enemy planes, submarines and ships in the Gilbert and Marshall islands.

An Iowa farm boy, Sullivan enlisted in the Navy at 17 for a simple reason.

“I knew the Army was going to take me,” he says.

So in 1942, he enlisted, steamed at the Japanese attack on Pearl Harbor — “I still want to hit a Toyota every time I see one.”

After basic training in the heat of San Diego, Sullivan joined the crew of more than 1,000, Marines included, aboard the “battle wagon” USS Idaho.

Its 14-inch guns could clear a 5-acre swath of beach defenses, he says.

“It really turned those docks into splinters,” Sullivan says.

Heavy weapons like the Idaho’s 14-inchers were needed because Japanese forces were skilled at building tunnels on the islands that U.S. forces were trying to take — or take back.

Sullivan recalls that airplanes could be hidden in the tunnels, then take off and attack American troops.

“But the guns took care of the tunnels,” he says.

The Idaho also had a catapult-fired Kingfisher airplane in its arsenal.

Sullivan recalls that when it was time for the Kingfisher to land, the Idaho would turn sharply, leaving a smooth wake for it to dip onto a sea sled, to be pulled out by a crane. If that didn’t work, the ship saved the crew and sank the plane.

The New Mexico-class Idaho was so valuable that it was surrounded by Destroyer Escorts able to defend against aircraft and detect and pursue submarines.

Thus the Idaho never had to launch depth charges when it was radioed the unsettling news that submarines were trailing it.

Sullivan was a gunner on smaller weaponry, the 20-millimeter anti-aircraft gun. He still remembers the stink of the 14-incher’s powder — “like ether,” he says.

“I didn’t do anything heroic,” he says.

When the ship wasn’t shelling defensive positions, Sullivan had a chance for a five-day leave in Honolulu, the best memory of his Navy days. Even that memory has a tinge of bitterness, he says, in the harbor full of sunken U.S. warships.

After the war, Sullivan married his wife Phyllis, and they had six children together.

He has lived in Missouri, Urbana and Ogden, and drove 18-wheelers until retiring at 85.

“You just can’t sit around,” he says. 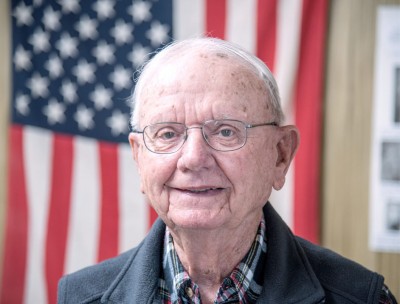 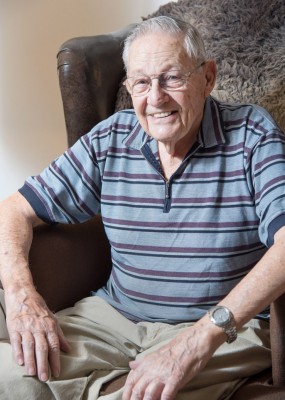