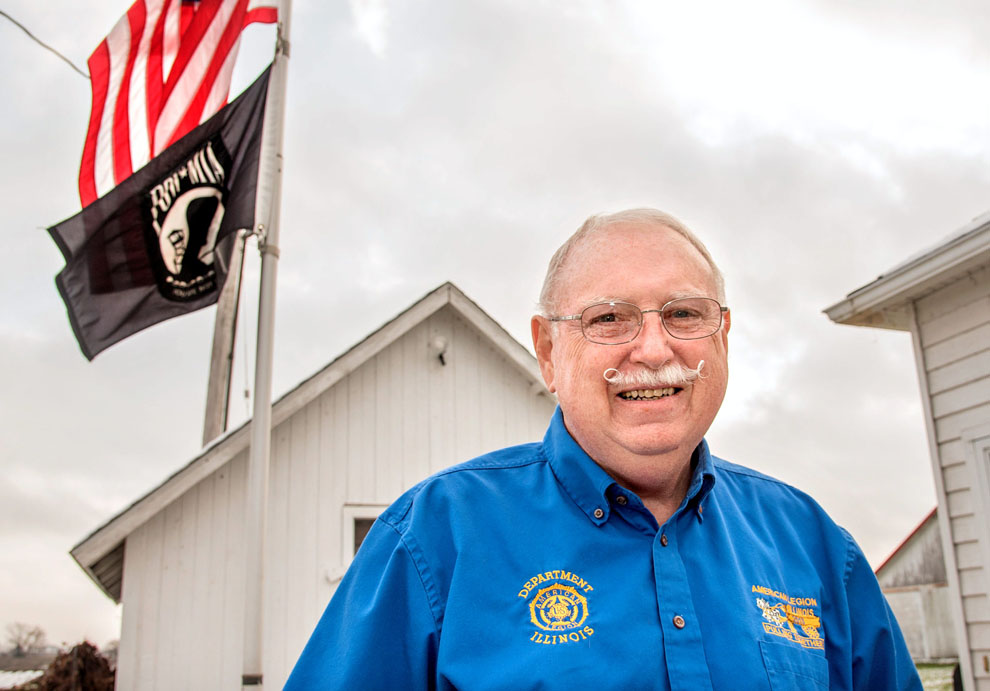 BUCKLEY — Sent to Easter Island during the Vietnam War, Wayne Wagner worked at an Air Force base with generator power and a fire truck that was a wheelbarrow and a garden hose.

He got off to a literally bumpy start there, when his C-130 cargo plane — one of the first to land at the base; maybe, in fact, the first — hit the asphalt hard, bouncing, then taking off again to bounce to another landing. The runway was short, he added.

It was the Air Force way to test a runway for emergency landings.

Wagner spent a year on a base on the island, owned by Chile, where you had to knock cockroaches off pans of bread, and mail came by parachute until regular landings were established.

Wagner, 71, was working in Paxton and was drafted into the Army in 1965. He went right to his Air Force recruiter and was in basic training when the Army finally came calling for him.

At Travis Air Force Base, he was in communications, with information from Vietnam flooding in.

“The worst was the names of the deceased,” he said.

Wagner’s communications duties were 24/7, he said, and 12-hour shifts kept him busy at the teletype. For those too young to remember the teletype, it was typewriter-like keyboard that preceded computer communication.

Wagner received orders to Panama, and he found out he was headed to Easter Island.

In Panama, there were daily monsoons from 1 to 2 p.m., and he watched water flood through the wooden pallets that made up the floor.

The trip to Easter Island was delayed a month for lack of a passport and civilian clothes.

On the island, at the base of a volcano, he had to wear civilian clothes to soothe the Chilean government — which was more than 2,000 miles from its possession, best known for its 887 mysterious stone statues of enormous size.

There was a burn barrel with rocks to create a shredder for confidential documents. The mission was top secret, he said.

At night, atmospherics caused the radio crew to lose contact with the United States.

“This was before most satellite dish communication,” he said, though there were satellites by that time.

The nearest islands were the Pitcairns, famous from “Mutiny on the Bounty.”

Mail was parachuted in before the runway was extended. Then C-130s with freezers would bring in food, though it sometimes ran out, Wagner said.

“We traded clothes to get wooden statues” with the islanders, he said. There wasn’t much material life on Easter Island then, though it now has a tourism industry, Wagner noted.

After his year on Easter Island, Wagner stayed in the Air Force until his time was up, then returned to Ford County. He farmed, and also worked at several area companies, including Champaign’s EpiWorks.

He has a wife, Jane, a daughter and two grandchildren. 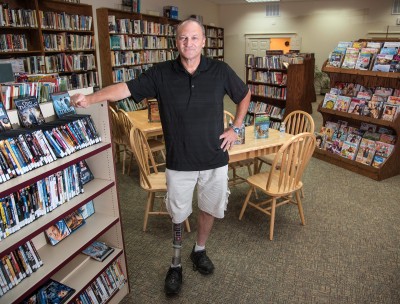 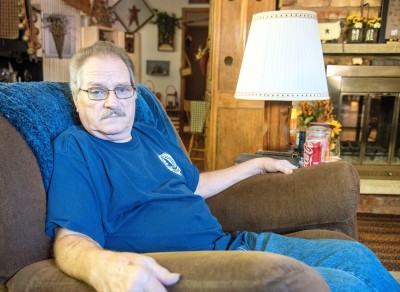