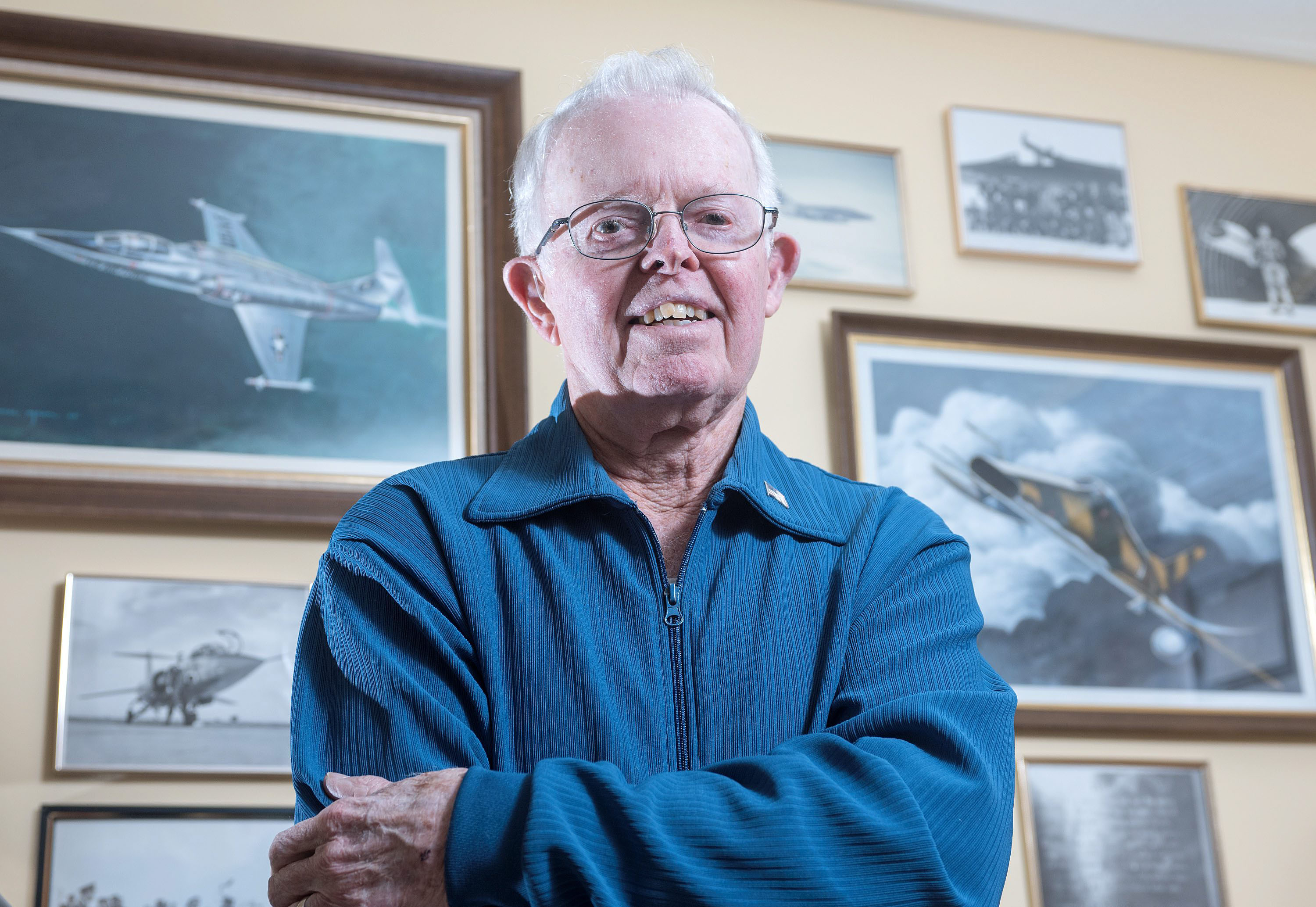 CHAMPAIGN — As an Air Force pilot, Col. John O’Donnell flew at Mach 2 — more than 1,300 miles per hour — and at 100,000 feet in altitude, where his jet engines were extinguished by lack of oxygen.

In 33 years in the military — first in the Navy, then in the Army Air Forces and finally in its successor, the Air Force — O’Donnell joined up just after World War II and outlasted the drawn-out Vietnam War.

O’Donnell had some of his most intense times in 1958, when he flew his F-104 at high speeds between China and Formosa (now Taiwan) to let Mao’s Chinese forces see the might of the U.S.

“Those flights were mostly political,” he says.

O’Donnell, 87, is a Louisiana native — though he doesn’t have the accent to show for it — and went to college there, taking ROTC classes while majoring in physical education and math.

He enlisted in the Naval Reserve in 1946, which meant working on his tan in Jamaica the next year.

“Then, four of us decided to enlist in the Army Air Forces,” he says.

That same year, it became a separate branch, the Air Force. So he has honorable discharges from the Army, Navy and Air Force.

O’Donnell returned to active duty in 1952 after finishing up his bachelor’s degree.

That was during the Korean War — so he undertook accelerated training as a pilot, reaching Korea near the armistice, and flying his F-86 Sabre on “two or three ‘hot’ missions” with live armaments.

The Air Force had a mission to improve morale for the soldiers at the demilitarized zone, O’Donnell remembers.

“We’d pick a hill that didn’t have any personnel on it, then the ground crew set up a target, even if it was only a couple of bed sheets,” O’Donnell says.

“Then we’d come in with live ordnance and blow up the side of the hill, to show the ground troops that they had our full support. As we turned back to the base, they all waved at us” in appreciation.

He then spent four years as an instructor in pilot training.

At Davis-Monthan Air Force Base near Tucson, Ariz., he trained airmen on the SM-75 Thor, the first intermediate-range U.S. ballistic missile.

O’Donnell traveled to the United Kingdom because the English and the U.S. worked together on nuclear ordinance.

“We could hit Russia from there,” he remembers.

His postings included training airmen, but also flying the world’s fastest aircraft of the time.

In 1958, he was off the coast of China, showing off Lockheed’s F-104 Starfighter, the “missile with a man in it” that could reach top speeds of Mach 2.

“We didn’t know what was going to happen next with China,” the colonel says.

On “profile missions” every 60 days, O’Donnell tested himself and the Starfighter, taking the jet to 100,000 feet, where the engine failed — then falling back to 60,000 feet before he hit the start button to relight the engine.

At one point, he posed for a photograph with Mao’s nemesis, Chiang Kai-shek, the dictator of Taiwan, next to an F-104.

The pose was literally on edge, given the jet’s aerodynamic profile.

“The F-104’s wings’ leading edges were so sharp they had to be covered with foam rubber (safety measures) on the ground,” O’Donnell says.

In 1973, he commanded a squadron of F-100 pilots in Vietnam, becoming a colonel.

Just after the war, O’Donnell was posted to Chanute Air Force Base, now closed, in Rantoul, serving there from 1976 to 1980.

While he was there, O’Donnell coached softball and basketball on the base.

Stoner called O’Donnell in to offer him a job, and he was given an expedited discharge from the Air Force by Gen. Norma Brown.

In his second career, O’Donnell worked another 14 years.

His athleticism continued long past retirement, as a racquetball champion at the Fitness Center in Champaign, and now coaching it on the University of Illinois campus. 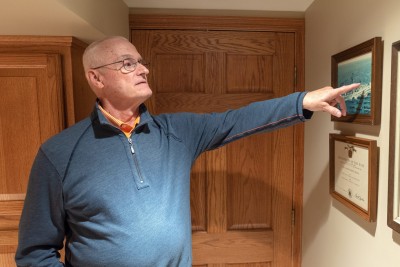 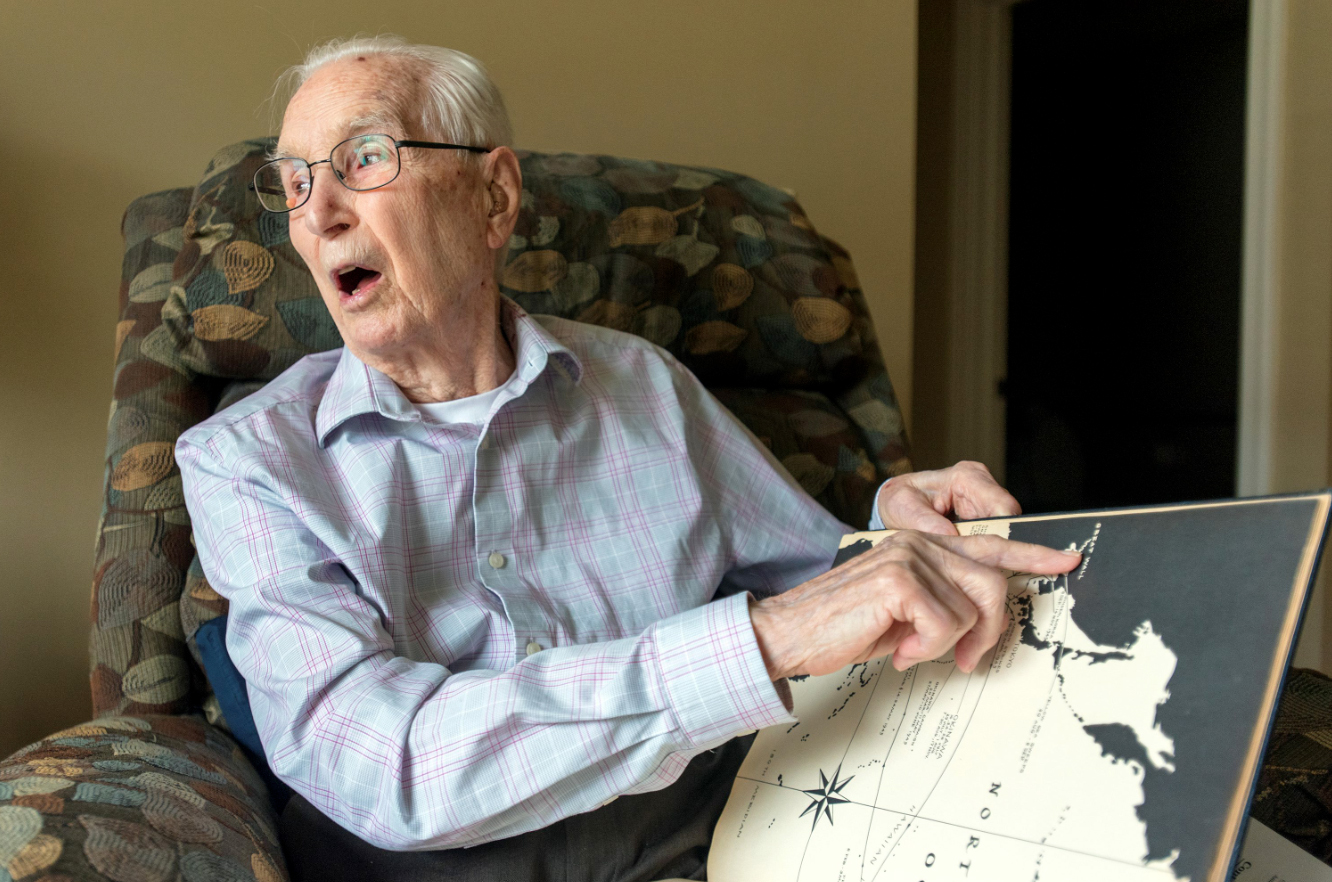 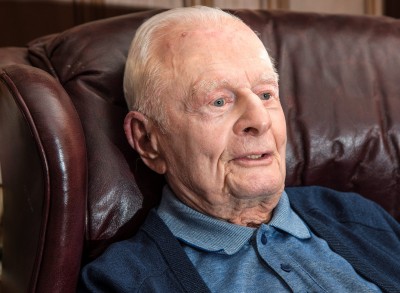