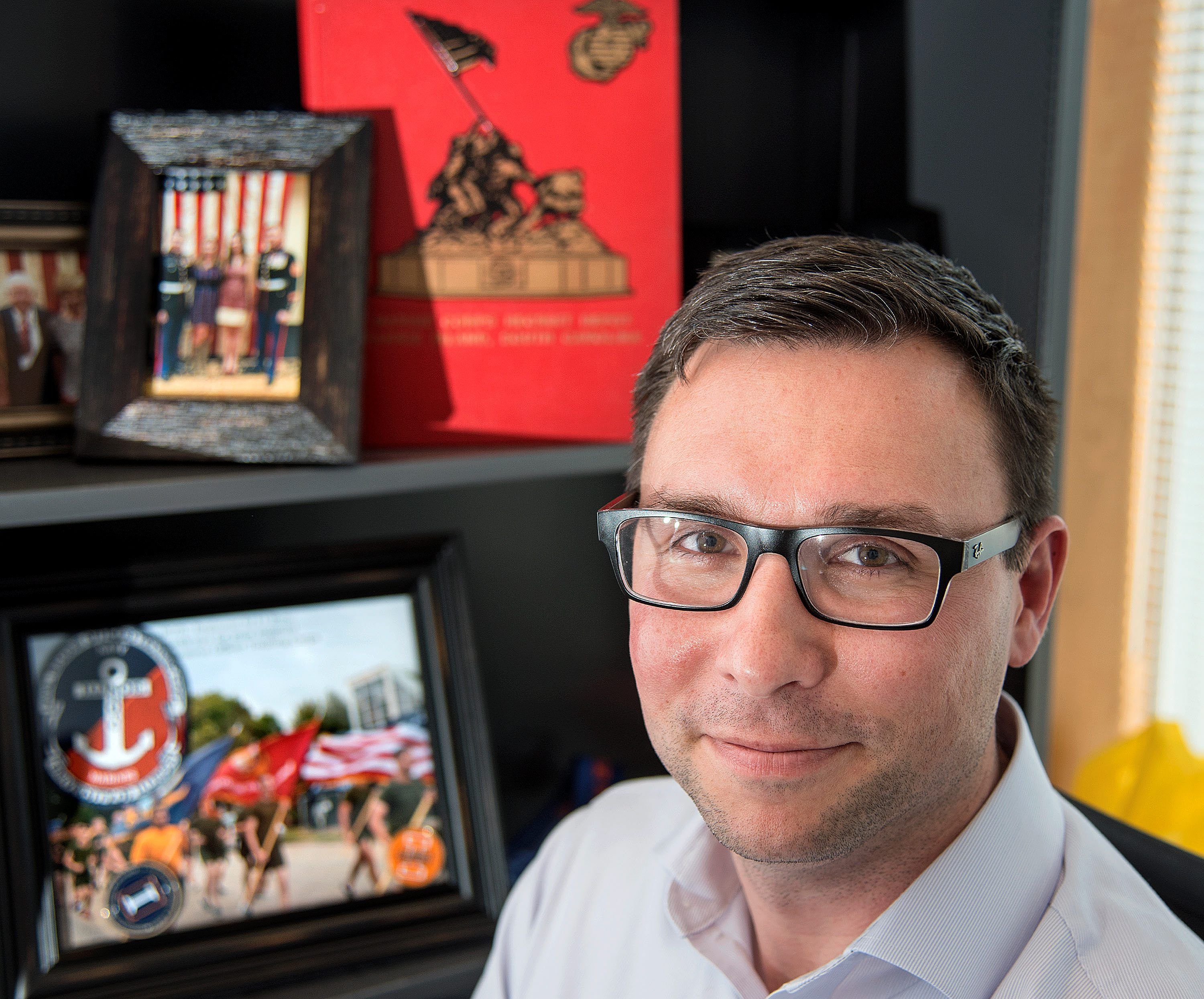 Sitting in his office at the University of Illinois, Jason Sakowski looks comfortable, helping veterans with benefits issues.

The calm is a far cry from the years the Marine staff sergeant, now in the National Guard, spent in dangerous service abroad.

Sakowski, 35, was deployed for two tours in Iraq and one in Afghanistan.

The new coordinator for Veteran Student Support Services at the university came here for family reasons, and has come to love the place.

He enlisted in the Marines right out of high school in North Carolina.

His first deployment was in the 2003 invasion of Iraq, which lasted from March 20 to May 1, dubbed Operation Iraqi Freedom. He was with the 24th Marine Expeditionary Unit.

“We were off-loaded to a Kuwait base,” he says. “Two days later, we started crossing into Iraq. I was 23 years old. It was a pretty strange feeling from having only done training up to that point.”

It was “real world action” for his first time.

“We were seeing the small villages and towns; getting into Nasiriyah was so surreal for me,” he says. “There were no bases; there was nothing. You would pull the Humvees off somewhere, find a building to kind of take over, and make a base there — or sleep alongside the road, finding some trees and setting up a defensive position.”

They ate their field rations while wearing gas masks and protective suits, with full body armor, in 112-degree heat.

Two months into the lightning war, they were back on a Navy ship headed home.

“The Navy personnel didn’t appreciate our stench after two months without showers and sleeping in dirt holes,” he says, laughing.

Upon his return, Sakowski eventually re-enlisted and spent some time in Hawaii.

By November 2004, he was back in action, in India Company of the 3rd Battalion 3rd Marines in Afghanistan at Camp Blessing.

“It’s called the Lumber Yard,” Sakowski says. “We worked very closely with the Afghans — 60 Marines and 40 Afghans in a very secluded place in the mountains.”

There were constant patrols, service on observation posts, raids, and searches for weapons caches and insurgents.

There were frequent rocket attacks, so India Company spent much of its time conducting counter-rocket patrols.

In a Haditha firefight, Sakowski called in reinforcements and a medical evacuation, while returning and directing fire at the enemy combatants.

His lieutenant pulled a wounded Marine to safety.

It was Sakowski’s third combat deployment but “the first time I have seen bravery to that degree.”

After Iraq, he joined the National Guard. Due to combat hearing loss, he had to be a cook.

And is he a good cook? “Not really,” he admits.

Sakowski is still in the guard, with four years left until he retires.

He heard the Chez Center for Wounded Veterans was opening up on the Urbana campus, and just celebrated his one-year anniversary helping veterans in the dean of students office.

He works very closely with the Chez Center.

“There are about 350 veterans on campus,” he says. “I do a lot of outreach programs and work very closely with the career center on resume writing — translating military into civilian.”

He is married to Carley Sakowski and hopes to stay with the university for the rest of his career. 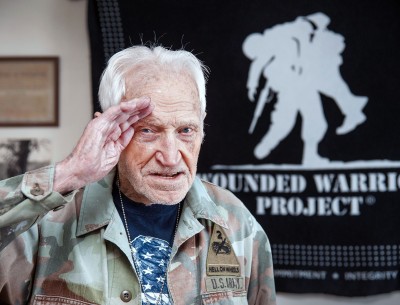 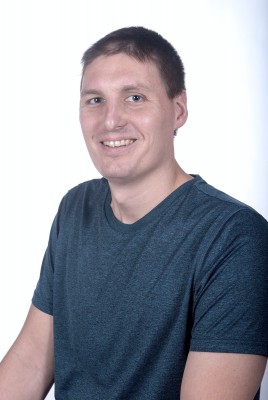